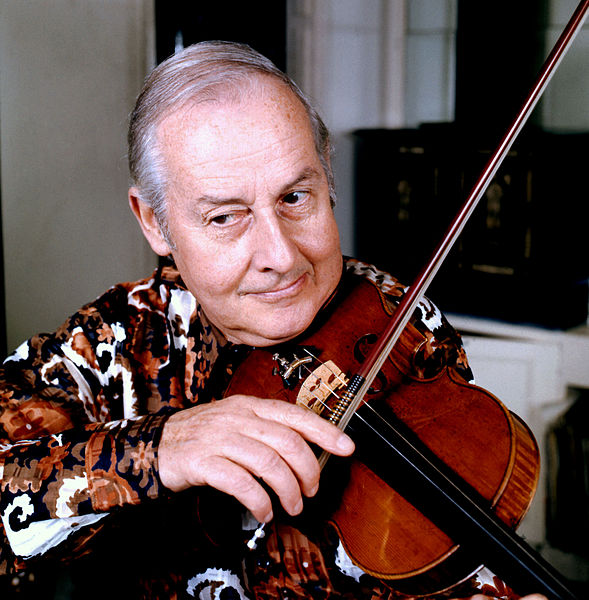 I chose this solo because it’s lightning fast and really shows off Stéphane Grappelli’s incredible facility and command of the harmonic language.  There’s also a really cool juxtaposition of the two players’ styles when Django takes 4 bars in the 2nd half of the A section.  Grappelli is a lot more ‘in’ with his harmonic language, throwing in a little bit of chromaticism here and there, and altering most of the A7 chords with a flat 9, but Django really takes it to a new level with multiple applications of syncopation, substitution and tons of chromaticism.  This is what critics mean when they say that Django was years ahead of his band mates.

The chords on the chart are the functional/traditional changes for the tune, whereas the substitutions played on the recording are covered in the analysis below.

I borrowed a bunch of my analysis terminology directly from Adam’s posts for the sake of consistency, but I have added some stuff he doesn’t do.  Here’s a rundown:

One thought on “Stéphane Grappelli and Django Reinhardt, After You’ve Gone”