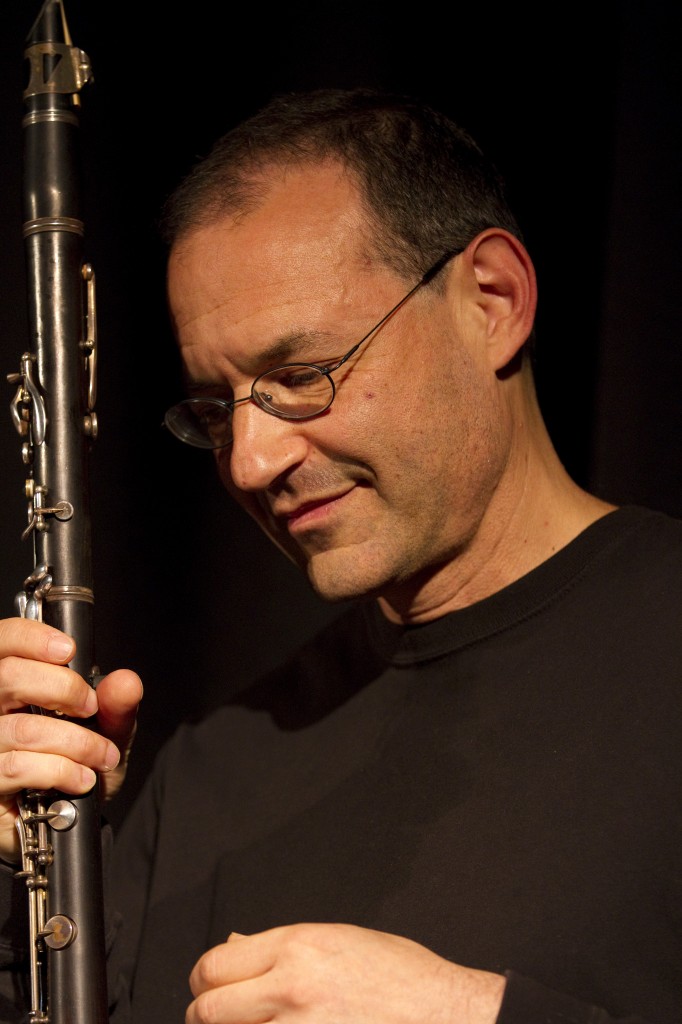 So I love listening to and transcribing solos that break lots of rules–and although rule-breaking isn’t a new concept in music (or any other creative activity for that matter), I like to think that it’s largely responsible for the generation of new musical material and original ideas in general.  Ben Goldberg breaks lots of rules in this solo, but for as far out as he goes there’s always a strong indication that he knows where the key center/next downbeat is.  It’s uncanny, really.  And as musically aware Ben must have been to play these killer lines, in an email Ben told me: “I took a nap in the studio and then just walked out in a daze and played that — I didn’t want to be thinking about it too much.”  This brings me to a point that I can’t say too many times, which is that solo transcriptions don’t attempt to describe what a musician was thinking while they played; transcriptions are study tools that describe music retrospectively.  I interpret what Ben said as a step back from the intellectual/analytical approach to music, and putting the emphasis on intuitive, spontaneous creation–which I think is highly appropriate for this specific piece, and I love the results!

My analysis attempts to describe the different harmonic colors that Ben employs throughout the solo, and he really uses a wide variety of cool stuff.  The harmonic backdrop laid down by the guitar is very simple and seems to project a Lydian Dominant tonality (4th mode of Melodic Minor Scale), which differs from the major scale by its raised 4th and lowered 7th scale degrees.  This is the mode that you could play over a 7(#11) chord.  But, the accompaniment only includes scale degrees 1, 3, #4, and 5, so the 6th and 7th are up for grabs, which leaves tons of room for creativity without sounding too abrasive.  Ben plays a lot of #5’s (mm. 1, 8-10, 22-24), often juxtaposing sharp 5 and natural 5 in the same idea, and in a couple instances he utilizes the b6 scale degree (mm. 16-17, 22) which is technically the same pitch, but functions differently.

There aren’t really not as many ‘out’ notes as I perceived in my first listen through, but the last five measures truly are fantastically dissonant, while still coming off as a complete thought.  Part of why this phrase sounds so intentional/directional is that Ben’s got the downbeats dialed in and nails each one.  Not only is this very, very difficult in a fast 11/8 (could also be 11/16 but that’d be intimidating to read), but not a single one of these five measures contains a straightforward 11/8 grouping.  Measure 22 is the simplest of them, but there’s still the tie into the final quarter note, which is pretty disorienting.  So what I’m saying is that Ben Goldberg can subdivide with the best of them! 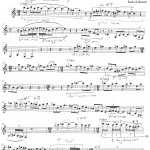 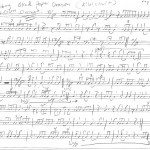