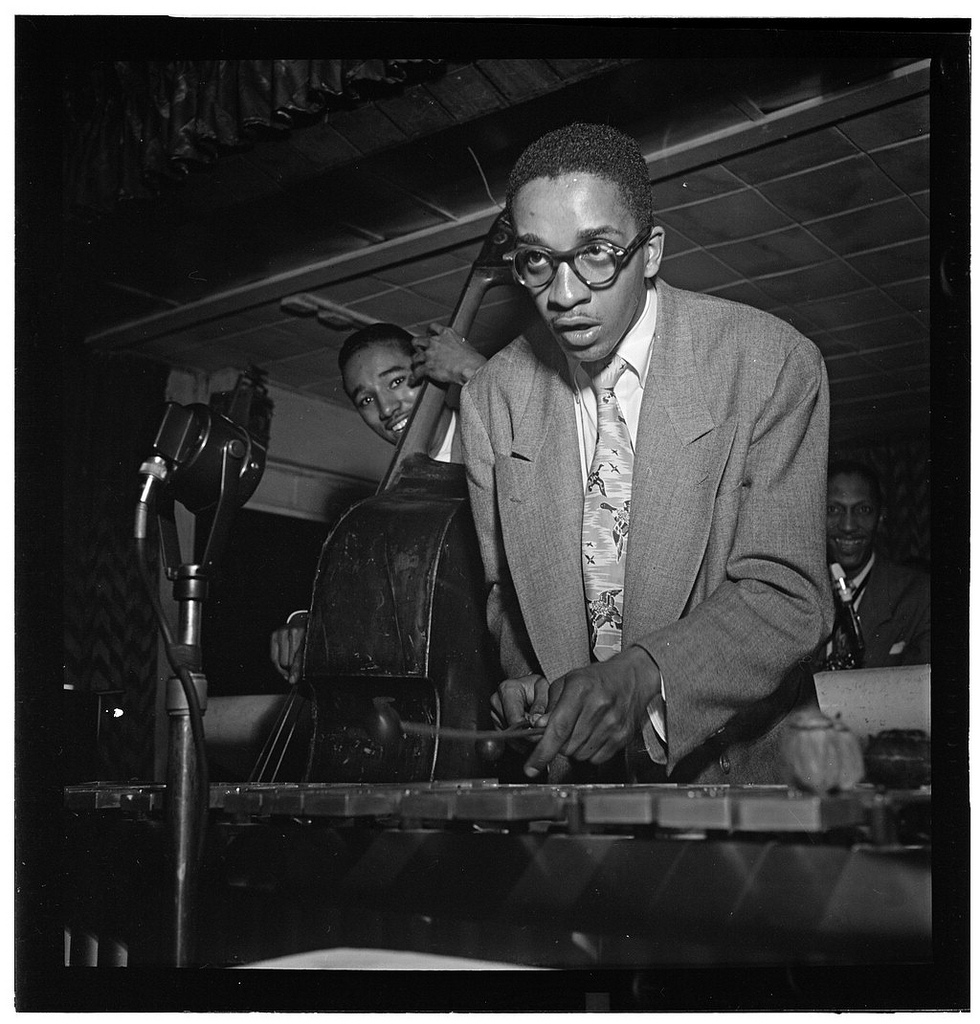 Ahh, BeBop. Will I ever be able to play you?

I transcribed this solo a few years ago when I was really trying to work on my bebop language in my solos. It’s been an interesting up and down road since then trying to perfect, or even just function in this very specific jazz art. Milt’s solo on Groovin’ High, one of the most iconic bebop tunes in bebop’s golden age, is a perfect example of the techniques a bebop player uses to sound like…well…to sound like Bird (Charlie Parker to you beginners out there).

Milt Jackson is one of the only really well-known jazz vibes players. There are others I have listened to, namely Joe Locke and Steve Nelson, but they’re both modern players who don’t really have that pure bebop thing happening. They’re both incredible players, and I am sure can play like that, but they’ve got other shit happening. The point in transcribing Milt was to dig in to someone who lived that language his whole life.

This however, is the first time I have revisited the solo, really practiced it (and checked for note errors, there were plenty), and did the analysis. I found some techniques similar to the Tom Harrell solo I transcribed for this site a few weeks ago. Pianistic arpeggios, Chromatic Approach Tones, Guide Tones on big beats (1 & 3), etc. 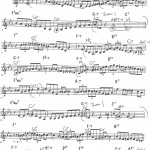 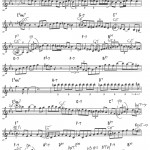 The thing I really love about this solo is his motif development. He brings back and develops several themes throughout his solo, and does some rhythmic stuff that really blew my mind. In particular, you’ll notice theme 1 that happens first in mm. 7 & 8 and comes back again, developed, in mm.23 & 24. He also has this really slow-type of soul that creeps in here and there. It’s hard to detect at first because it is surrounded by so many bebop scales and fast triplets, but it’s definitely there. Take a hard listen to the line leading from mm. 36 to 37, and then again mm 39-41, and one more time in the last measure of the solo. It’s subtle, but that sort of soulful thing is in there.

You want to talk alterations? They’re all over the place. Just check out the second to last measure of the solo. Holy crapola. In mm. 56, he plays the major seven over a C7, a major no-no, but it turns out to be the #11 over the F7 as he holds it over the bar line, a very yes-yes alteration. Very cool. Then in mm. 60, he play the natural 4 (11) over the Bb7, generally a no-no, but holds it over the bar line and lo and behold it’s the dominant 7th over the F-7.

I call the first two notes of the solo Motif Development 1 because the only three times he plays two quarter notes next to each other it’s the same two notes! The third time it’s placed at the end of the chorus and is up an octave leading in to his second chorus, and is the last time we see that figure.

The rhythmic figure that really blew my mind can be found in mm. 35. He displaces the top note, A to be in different parts of the beat within a triplet. A very cool sound. I called it “beat displacement.”

Below you will find my key for deciphering my markings on the analysis.