Since this is my first transcription going up on this blog, I’d like to take a second and talk about why I chose this solo, and subsequently why I choose every solo I transcribe. There is always some intangible that sticks out to me about something I pick to transcribe. When I listen to a particular solo over and over again, it’s these solos that really stick with me, and that’s when I decide “you know what, I should transcribe this.” I start by playing along with the solo (usually), and then I sit down and write it out. This solo stuck out to me (this whole record, actually) because it’s a bebop record tribute to Charlie Parker, but the instrumentation is just bass (Christian McBride), Piano (Stephen Scott) and Trumpet (Roy Hargrove). The instrumentation alone had me interested, and then I heard how tight and swinging the grooves were without drums and I was blown away. This track is just a piano/trumpet duo, and the interplay between Stephen Scott and Roy Hargrove is just ridiculous. I was attracted to this particular solo for that reason.

Roy’s solo could be seen as an exercise in altered dominant chords. Over nearly every five chord Roy is utilizing the #9, b9, or #5 in some way shape or form, and every time it is resolved differently. One spot I love is at the end of Roy’s solo while they are trading eights, and Stephen Scott hears Roy go after the five chord with a #9, b9, #5 lick that is pretty common. Scott predicts Roy will resolve it with the #11 in the one chord, and Roy goes to the 5 instead while Stephen hits the #11 in the same register. There is a clash that most would most likely make some people cringe, but it makes me smile. It’s a great example of communication between the two players.

I use certain symbols when I analyze solos. Here is a key that will help you decipher what I am talking about:

Guide tones are thirds and sevenths in every chord. (over an A7 chord, that is C# and G). “Guide Tone Movement” is when the soloist resolves one guide tone to another. For instace, in a ii V7 I in Cmaj, if the sololist moves from the seventh in G7 (F) to the third in CMA7 (E), that is guide tone movement.

I mark guide tones only when they are played on big beats, one and three. GT are often used as foundation, or jumping off points for the soloist to go in to more uncharted territory

I will sometimes mark the scale mode the soloist is using if I like how it is used.

When the soloist plays notes outside of a chord in anticipation of the next chord.

An example of a Chromatic Approach Tone is when the soloist surrounds the resolution note with half steps. For instance, if the soloist plays Ab-F# over a G7 and resolves to G over the CMA7, that is CAT.

I will sometimes circle alterations if I like how they are used over a particular chord or passage. 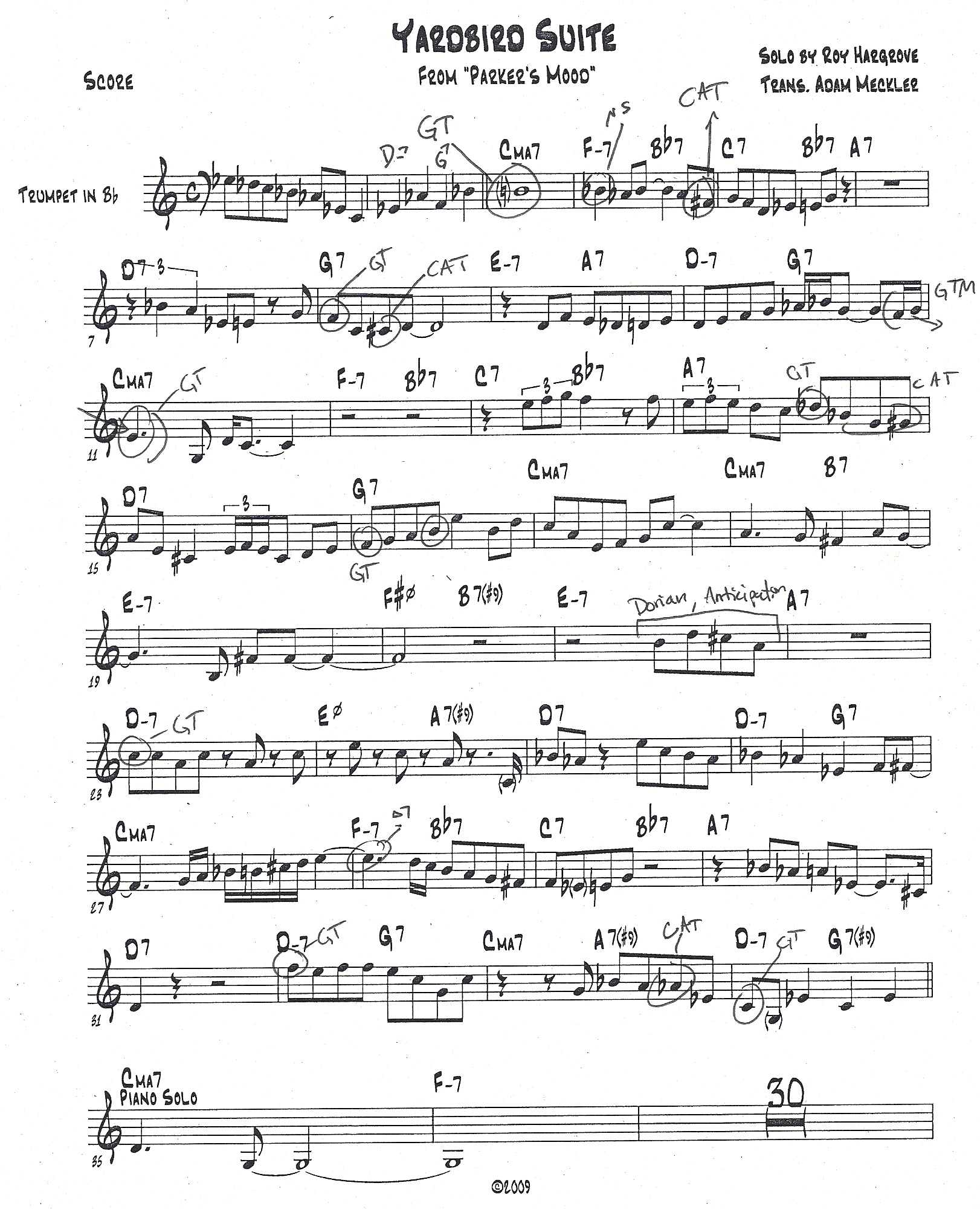 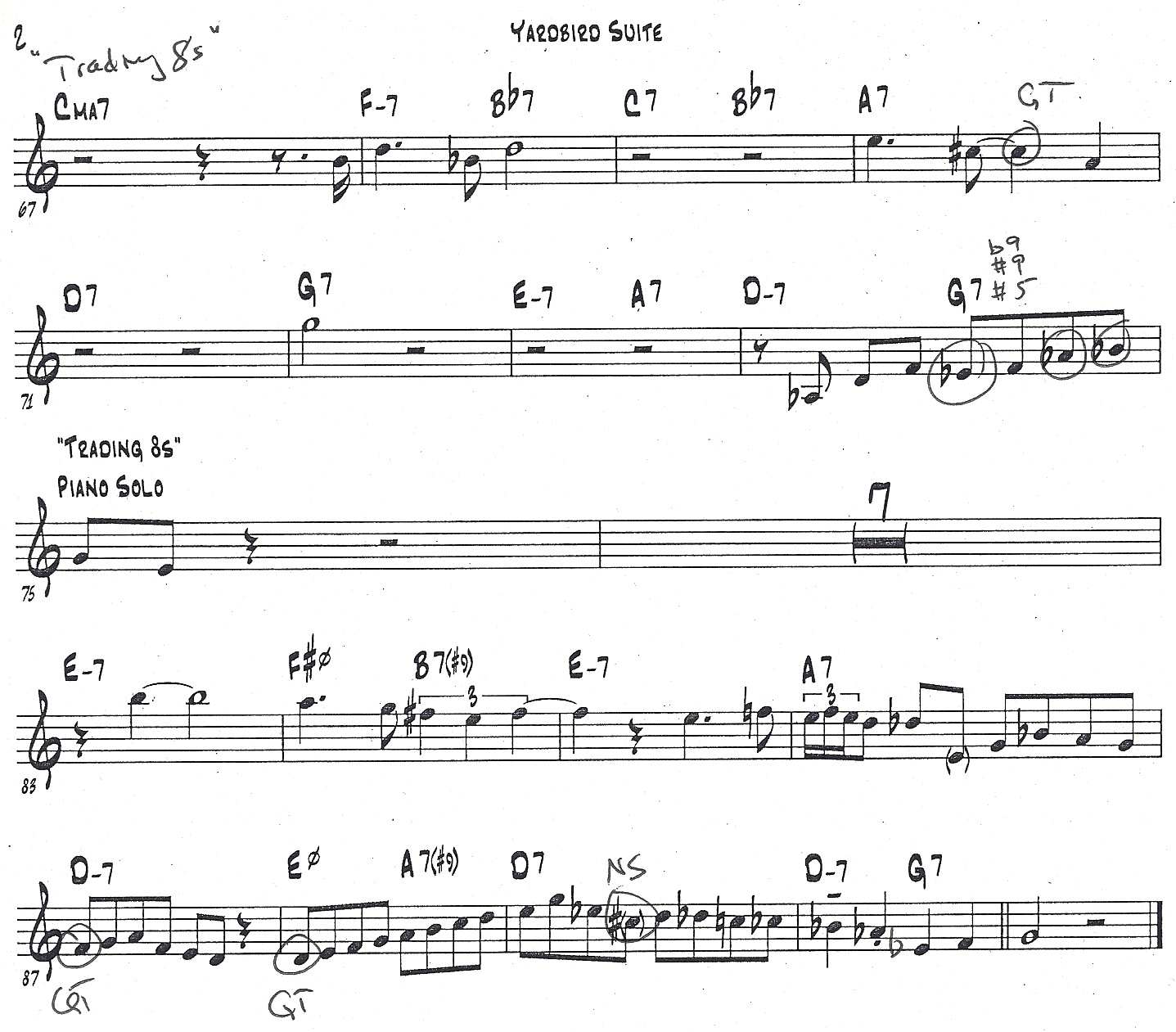