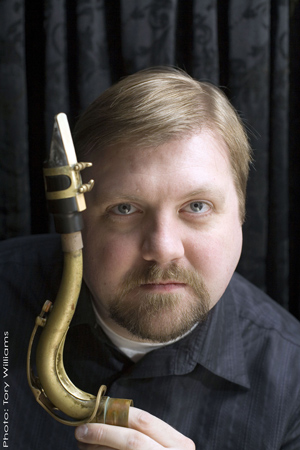 Today’s transcription features Joel Frahm’s solo on the Coltrane tune ‘Grand Central.’ This track is from Matt Wilson’s 1999 album ‘Smile.’ I decided to transcribe this solo for several reasons:

Read on for my full analysis… 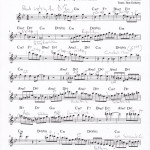 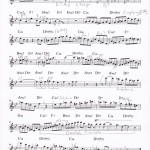 Joel makes use of a couple different melodic constructions to form his phrases. Minor 7th arpeggios (specifically starting on 7 and descending to the root note) are found through out the solo such as in measures 4-6 and 69-73. Joel uses a variation of this decending arpeggio technique in his solo break at measures 37-41; here he starts on the 7th scale degree and then works through a couple different inversions as he gets lower down.

Another common melodic construction seen in the solo is what I call a melodic minor melody. There are several times in the A sections where it seems that Joel pretty much ignores the ii V’s and the half-diminished chord and instead plays as if it was just a straight G minor (see measures 64-68). He also treats the Db7(b5) chord more like a G7(b9) just based on his note choices over that chord. Measures 16 and 46 are excellent examples of this.

In the first bridge (mm19-26) he launches into a long and flowing bop style line. This was the specific line that I wanted to learn just because I love the way it sounds. Looking at it now I’m a little surprised that in those first 5 measures there is only one note that isn’t found in the Db dominant scale (the A natural in measure 19)! Measures 23-24 have a pentatonic style line (that he uses again in the 2nd bridge in mm59-60). The last two measures of the bridge he favors tetratonics mixed with arpeggios; it’s so fast that you pretty much have to do that.

I’d really like to hear Joel play a much slower version of Grand Central just to see how he might handle some of these changes in a different context. Floating a melodic minor sounding phrase over some of the changes works because it is such a fast tempo. That is not to imply at all that Joel couldn’t explicitly outline all those ii V’s or anything; clearly he is more than capable!