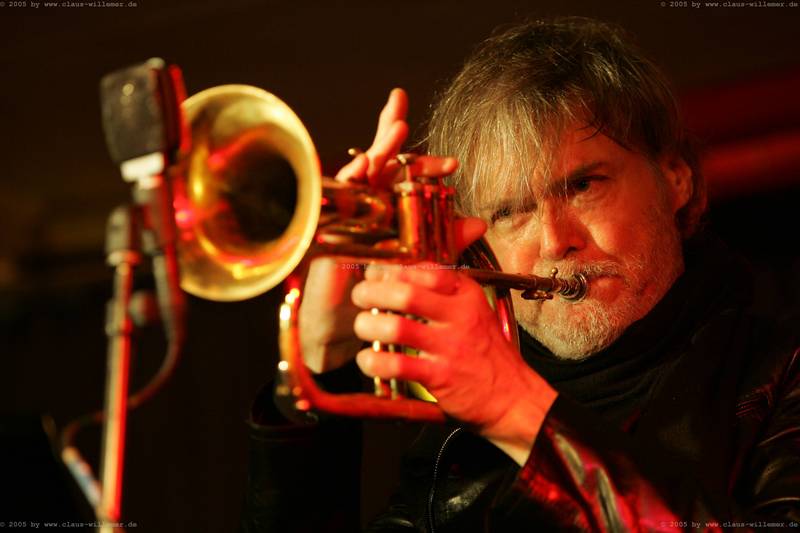 Legendary. That’s all I’ve got to say about this solo. Legendary.

Seriously, that’s not all I have to say. First of all, let me just issue an official promise to our readers that my next transcription will not be a trumpet player. Trumpet players, I am sorry. That being said, I just heard this track for the first time a few weeks ago and I knew I had to transcribe it. It’s just so amazing.

I’ve never listened to much Tom Harrell, but one of my students (thanks, Alex!) put this on during one of our lessons and asked if I had heard it. I was immediately taken by the beauty with which Tom plays, and his sense of phrasing. After listening to the solo a few times and starting to play along, I started wondering if Tom knew where he was in the form because of how different his phrasing was. Obviously, it’s tough to understand some phrase decisions where the soloist is playing unaccompanied, but the soloist can probably make different decisions in terms of phrasing due to the freedom of playing without a rhythm section. Sure enough, after breaking up the 32-bar choruses and plugging in the changes, it’s spot on. Scary, actually. Just take a listen to the last 8 bars. I seriously thought to myself, “no way he knows where he is right now,” shows you how much I know.

The solo is full of bebop language, pianistic arpeggios (see analysis), and motif development. Most of all, it’s beautiful trumpet playing. Tom’s sound is sweet, reminiscent of Clifford Brown’s ballad playing, but over a medium tempo bop tune. There are some little trumpet “issues” that happen here and there, namely some notes that don’t speak (particularly in the final chorus and the out head, you have to buy the track to hear the in/out head), but it only adds to the charm of the solo, the same way Miles would make a frack sound like it was totally on purpose (they weren’t).

No matter what instrument you play (we have PDFs in all keys), this is a solo you should learn. Seriously.

If there was ever a question as to why I mark guide tones on large beats (1 and 3), Tom’s solo should alleviate those concerns. There is hardly a bar that goes by where Tom doesn’t play a guide tone on either beats one or three. So much so, that I sat here thinking that I’d better start making an attempt to formulate my solos around that idea. Whether or not Harrell is making a conscious attempt to do so is beside the point. It happens.

The most impressive thing (had me nearly in tears this morning, I’m a total gusher), is the way Tom puts together and develops a sequence. I was talking to my in-laws this morning about it (Christmas time), and said it’s like what you’d hear a really amazing composer write, except Tom just improvised it. It’s truly amazing and totally blew my mind when I started my analysis. You can probably find a substantially higher number of motifs and sequences than I marked here. I mean really, they’re everywhere. The first one that bounces of the page starts in the second half of measure nine and continues until the end of measure 13. It is complete with development (first four eighth notes of m.12), and a resolution to the tonic in m.14. I don’t know how he knew the line would resolve there when he started it five measures before, but he made it.

The second sequence I chose to mark is in m.70, and lasts for just two bars and ends on the b9 of the five chord, which is then resolved to the five of Gmaj. There are many more examples of sequences, both long and short, I didn’t mark them all.

One of the things that really caught my eye was Tom’s use of motif development (marked MD1, MD2 etc). He introduces the first little motif, which is always attached at the end of a phrase, in m.17/18, and again in mm.26/27 & 92. Interestingly, he introduces MD2, another end of phrase motif, before he finishes using MD1, in m.30. MD2 comes back again in mm.38/39, 62/63/64 & 93/94. The final two MD2s are well developed, but it definitely stems from MD2. If you’re paying attention here, you’ll notice that Tom plays both MD1 and MD2 right next to each other just before the end of the solo. That’s not a coincidence. He’s a freak.

I marked some alterations that I really liked, particularly the #5s on the Eb7 dominant chords, and a b9 that Tom hangs on for a couple of beats in m.71 (a huge change of pace considering nearly the entire solo consists of eighths and sixteenths). I also marked some CATs (chromatic approach tones) and PAs (pianistic arpeggios) throughout. Check out the key for more info on the shorthand.

There is plenty left to analyze. This thing is packed full of fun stuff. Print out a copy and try it for yourself. It really helps you get under the skin of the soloist and start working this stuff in to your own solos. 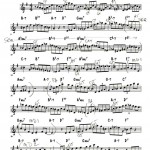 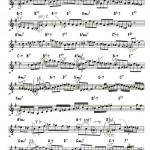 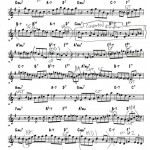